Too few trained midwives, malnutrition, low quality education and unhygienic conditions adversely affect children’s health and development in Bangladesh. The country is one of the most catastrophes in the world, and it is the most vulnerable children who live in the worst affected areas.

The People’s Republic of Bangladesh is one of the most densely populated countries in the world. The country is almost completely surrounded by India, but also borders Myanmar. Hundreds of thousands of Rohingya live in refugee camps in Bangladesh after fleeing violence and torture in their homeland. Rohingya are an ethnic and religious minority in Myanmar who have long been persecuted and denied citizenship.

It was in August 2017 that the Myanmar military burned villages, murdered, raped and tortured people from the Rohingya ethnic group in the state of Rakhine in Myanmar. The Rohingya who fled to Bangladesh now live in what is about to become one of the world’s largest refugee camps in Cox’s Bazar. A large proportion of those who came are young women and girls who have lost everything. They have an extra great need for protection. A study from Plan International has shown that three out of four Rohingya girls living in the camps feel that they have no power over their lives. The girls live isolated in their tents in the camps without the opportunity to get to meeting places or school. 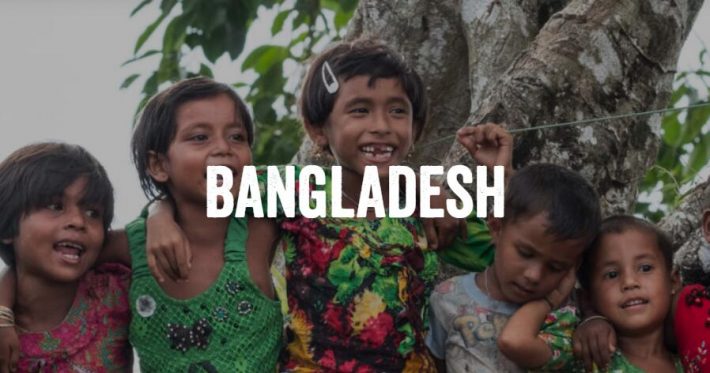 Although work for gender equality is progressing in Bangladesh, much remains to be done. Issues relating to marriage, divorce, inheritance and custody of children are decided under religious law, which is not good from a gender perspective. According to UNICEF, Bangladesh has the fourth highest incidence of child marriage in the world. 22 percent of girls are forced to marry before the age of 15.

Although more and more girls are allowed to go to school, there is still a widespread view that sons’ education is worth more. This is due to cultural and religious norms, but also to the difficulties for educated women in getting paid work. Many girls are forced to drop out of school when they are considered ready to marry and start a family. The proportion of women working increases and the huge pay gap between women and men decreases. Despite this, many girls and women live relatively isolated in their homes, especially in rural areas.

The relatively new laws against sexual harassment and other violence against women and girls are not enforced, due to social acceptance of the violence and the weak legal system. Bangladesh is one of seven countries in the world where the male population is larger than the female. Around five million women and girls are missing due to gender-selective abortion, discrimination against girls and unequal access to care.

In Bangladesh, Plan International works with the most vulnerable children. Our programs reach about 2.3 million children across the country. Among other things, we prioritize that

In Cox’s Bazar, Plan International works specifically to reach teenage girls, and to build safe places for children, toilets and laundry facilities. We have also distributed thousands of hygiene packages, including menstrual hygiene packages with washable cloths and reusable sanitary napkins for girls and women. We have set up a waste management system to prevent the spread of infection.

Now she dreams of the university

At Jannatul’s school, Plan International has worked to make teaching more adapted for children with disabilities. It has helped 12-year-old Jannatul to get out of her involuntary isolation and overcome her shyness. Now she wants to go to university and become a teacher.

In the middle of the greenery of a city in southern Bangladesh is a small studio where Jannatul lives with his family. When only the wooden walls with sparse boards let the sunlight flow in, letters can be seen on the walls, it is Jannatul who has practiced.

At six in the morning, the father leaves home and the mother begins the household chores. Then Jannatul, who has reduced mobility, also walks slowly towards the school in the quiet village. She waves to children her own age. Several of them are on their way to work as a housekeeper or towards a day job somewhere.

Jannatul is the first in the family to learn to read and write, but it has not always been easy. Disability, social barriers and deficiencies in school infrastructure have made schooling difficult. Plan International works to ensure that schools adapt the environment to children with disabilities and that teachers become better at meeting their needs. Jannatul’s school has been given a ramp, a toilet adapted for the disabled and a concrete road from the road to the school to increase safety for all students. Jannatul’s grades have improved since the school started working together with Plan International.

– In my school we have a library with many different books and study materials, we have sports activities and toys, sometimes I do not want to go home, she says.

We must flee for our lives

I did not want to leave my home, but our village was burned down and we lost everything we had, we had to flee for life. It took ten days to get to Bangladesh. It’s safer here, but life is hard.

Mohima, 35, mother of nine and a refugee from Myanmar

Plan International works in Cox’s Bazar with a combination of emergency humanitarian efforts such as access to toilets and laundry facilities, and more long-term where, for example, we work for the children to be able to go to school.

Security and protection against violence

No to child marriage

Child marriage and child labor are very bad! I will always support my friends so that they are not exposed to any of it.

Mamun, one of 100,000 young girls and boys who took part in a large demonstration against child marriage in Gazipur.

Bangladesh has, after India, the most child brides in the world. Plan International works systematically with education, poverty reduction and for girls’ rights and has helped stop thousands of child marriages. In addition, we have reached over 700,000 children and young people with knowledge about the dangers that come with a child marriage and how important it is to continue going to school. 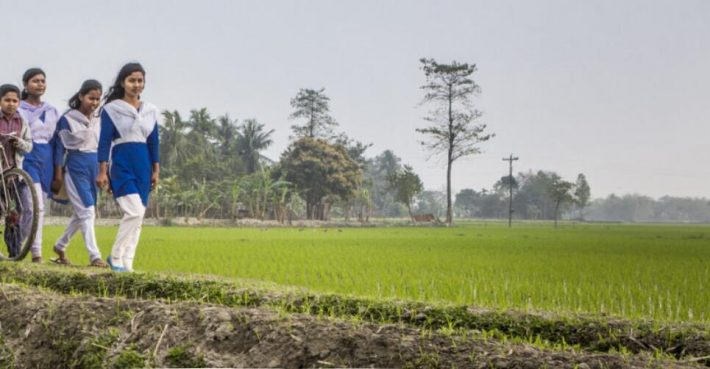