Two brutal civil wars raged in Liberia between 1989 and 2003. But in the end, the country’s women and girls got enough. They forced an end to the war and a few years later Liberia got for the first time a popularly elected female president – as the first country in Africa.
Despite this, Liberia is one of Africa’s poorest countries, which hits all the children in the country hard. For example, sexual violence is commonplace for many girls.

The Republic of Liberia is located in West Africa and is the continent’s oldest republic, founded in 1847 by freed American slaves. The state therefore came to emulate the United States, where the descendants of the freed slaves constituted an upper class with great political power until 1980.

Since then, the country’s inhabitants have experienced brutal coup regimes, civil wars and a number of political, economic and social crises. As always, girls are some of the worst affected by crises and conflicts. Violence against girls is increasing, more people are getting married off, their freedom of movement is restricted even more and they may be forced to leave school. That is why Plan International works especially to ensure that girls’ rights are respected. 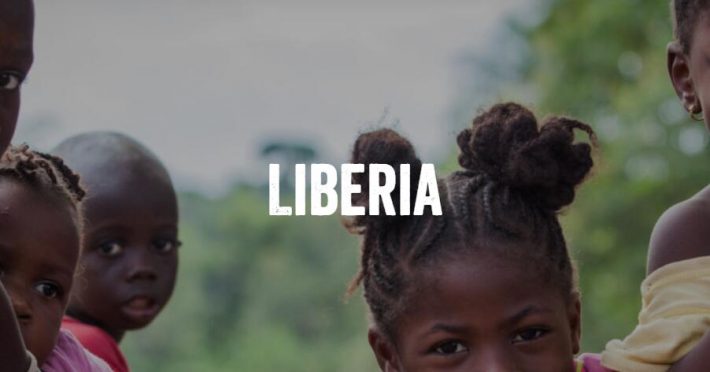 In January 2006, Africa’s first female president was elected in Liberia. It was Ellen Johnson-Sirleaf who was elected and who then ruled the country for twelve years.

Liberia and Ethiopia are the only two countries in Africa that have never been colonized by Europeans. Despite this, the country has been marked by contradictions and it has been a contributing factor to the Ebola epidemic that broke out in the country in 2014 and became very extensive.

Liberia’s population is growing rapidly and consists mainly of 16 ethnic groups, but two are larger than the others: kpelle and bassa. There are also descendants of the freed American slaves who founded the country.

Plan International began working to strengthen the right of children and young people to life, development, protection and participation in Liberia in 1981.

Today, Plan International is one of the leading child rights organizations in the country, with a special focus on girls. Our work focuses, among other things, on counteracting child marriage, female genital mutilation and violence against children. We also work to give young people a chance to participate in decision-making and to improve children’s health by fighting malaria.

In Liberia, for example, we are building health clinics with a clean water supply, laboratories and food departments. We also work closely with local school administrations to ensure safe schooling for children. 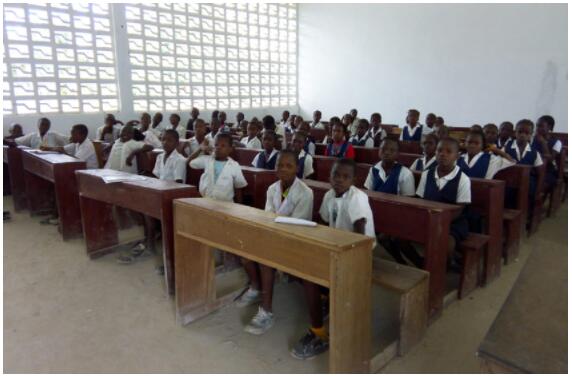 Florence is on the children’s side

I’m the children’s eyes and ears. Volunteering teaches me a lot about both rights and planning. It provides good experience for the future. It’s a lot of work but I get so much back.

Florence is one of several volunteers working for Plan International in the Bomi district of Liberia. There she is responsible for documenting the social development in society by talking to the families, taking pictures and gathering information about the sponsor children. Our volunteers are the backbone of much of our work in the local communities. They participate in education about child protection, rights and gender equality and are an invaluable resource for the development of the society in which they live.

With the new processing center, we can produce 50 tonnes per month. When a ton sells for $ 40, you can only imagine how much we can earn in a month compared to what we earned before.

Cassava is Liberia’s second most important raw material after rice and is grown all over the country. The traditional way of handling root vegetables is to use your hands, which is difficult and time consuming. Kou, who is treasurer and mother of seven children, is one of 250 farmers who now get to take part in Plan International’s newly built cassava business center. Here, root crops are treated much faster and easier, and also help to improve farmers’ financial security.

Schoolchildren in Liberia have been hit hard by civil war and Ebola. Not even half of all children start school and school buildings are often substandard. That is why Plan International works to ensure that more students receive a good education in safe schools.

Over ten years of unrest and brutality have in many ways damaged the education system in Liberia. The war has left deep scars on both people and infrastructure, and when Ebola began to spread in 2014, many schools were forced to close. The country is far behind most other African countries in terms of basically all statistics concerning education. And after 14 years of civil war, most of Liberia’s educated workforce is gone.

Plan International works together with the Liberian government and has, among other things, built a new school in the Nimba area. The school is child-friendly and guarantees that all children have the opportunity to learn in a safe environment that both protects and informs about their rights. A safe school environment for everyone is especially important for the most vulnerable children, such as girls. The new school replaces three dilapidated classrooms.

– The old school had limited space and was not a good educational environment for our 445 students, says the school’s principal Charles Deward.

The new school has three main buildings and six classrooms, an administrative office, a reading room and a storage room. There is also a cafeteria, a kitchen and two apartments for the teachers. The school has also been equipped with safe toilets, the opportunity to wash and a hand pump for clean drinking water. To get more girls to start and also stay in school, Plan International distributes school scholarships to 50 girls who live in difficult conditions. The supplement makes it possible for them to buy school uniforms, books and pens. The teachers receive training in gender equality issues and Plan International has also ensured that the school receives sanitation packages that are given to orphaned girls when they reach puberty and get menstruation. 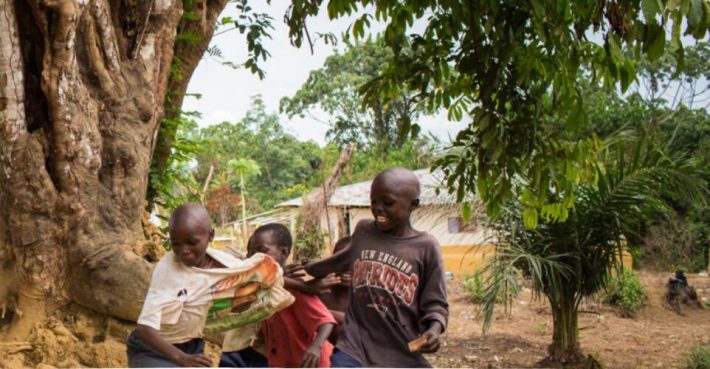