Old Icelandic literature was written down in the course of the 13th century, but the manuscripts preserved today are largely from the 14th and 15th centuries. The handwritten tradition of medieval literature was resumed after the Reformation and lasted into the early 20th century.

The genres and narrative forms of the 12th and 13th centuries lived on in the late Middle Ages. From the “Fornaldar sögur” and the translated “Riddara sögur”, the “Lygisögur” (“sagas of lies”, “fairy tale sagas”) developed using international folk tales and remained popular until the 19th century. Also since the 14th century, numerous narrative materials, in particular the sagas, have been repositioned into narrative songs (Rímur) using the artificial means of skaldic poetry. The highlights of the sacred poetry are the 100 stanzas Marian poem “Lilja” (“Lily”) by Eysteinn Ásgrímsson (middle of the 14th century) and the works of the last Catholic bishop in Iceland Jón Arason (* 1484, † 1550).

The 16th and early 17th centuries are characterized by a rich theological literature on use; The complete translation of the Bible in 1584 by Guðbrandur Þorláksson (* 1542, † 1627) is important. The increasing scientific interest led to an Icelandic humanism with Arngrímur Jónsson (* 1568, † 1648) as the main representative. The central work of the Icelandic Baroque is Hallgrímur Pétursson’s cycle of psalms on the Passion of Christ (»Passíusálmar«, 1660). Numerous baroque forms and genres are represented in Stefán Ólafsson’s secular poetry. The first travelogues were also written in the 17th century, such as the »biography« (»Æfisaga«) by Jón Ólafsson (* 1593, † 1679). Inspired by the new interest in their own history in Denmark and Sweden, the old Icelandic sources were given a lot of attention. After the “Codex Regius” with the Lieder-Edda (Edda) was found in 1643, systematic collecting began. The most important collector of Icelandic manuscripts was the philologist Árni Magnússon (* 1663, † 1730), and the historian Þormóður Torfason (* 1636, † 1719), known as »Torfaeus«, worked in a similar way.

With the reception of Enlightenment ideas, these Icelandic studies expanded. Bishop Finnur Jónsson (* 1704, † 1789) wrote a basic church history of Iceland. The Enlightenment poet Eggert Ólafsson (* 1726, † 1768) wrote, among other things. with the doctor Bjarni Pálsson the first comprehensive historical-topographical description of the country (1772). The autobiography of the clergyman Jón Steingrímsson (* 1728, † 1791), written in the pietistic tradition, is an important source of cultural and social history. Sigurður Pétursson (* 1759, † 1827), who wrote comedies in the tradition of L. von Holberg,established the beginnings of public theater in Iceland. The internationally oriented main representative of the Enlightenment in Iceland, Magnús Stephensen (* 1762, † 1833), tried to influence the knowledge and taste of the general public through translations and didactic treatises. Around 1800 Eiríkur Laxdal (* 1743, † 1816) wrote the first novels in a combination of enlightening and traditional Icelandic elements.

According to globalsciencellc, the beginning of Romanticism in Iceland is marked by the founding of the magazine “Fjölnir” (published 1835–47), under the editors of which v. a. the poet Jónas Hallgrímsson (* 1807, † 1845), strongly influenced by Heinrich Heine, influenced the poetry of the following decades. Of importance, v. a. for the lyric, are Bjarni V. Thórarensen, Grímur Þ. Thomsen, Benedikt S. Gröndal (* 1826, † 1907), Steingrímur Thorsteinsson and Matthías Jochumsson. The Rímur poetry fought against by the Romantics was created by Sigurður Breiðfjörð (* 1798, † 1846) and Hjálmar Jónsson continued. Forerunners of a more recent Icelandic prose were inter alia. the yearbooks of Iceland in history (“Íslands árbækur í sögu-formi 1262–1832”, 12 volumes, published 1821–55) by Jón Espólín (* 1769, † 1855); Jón Þ wrote novels set in a peasant environment. Thoroddsen. The Icelandic drama only gained importance in the second half of the 19th century with plays by Matthías Jochumsson, Indriði Einarsson (* 1851, † 1939) and v. a. Jóhann Sigurjónsson.

Denmark was granted partial (political and financial) autonomy in 1874 at a time of severe economic hardship in a barely industrialized society. The numerous social consequences of this are reflected in v. a. reflected in prose. Several authors started out as realists, but were later more heavily influenced by neo-romanticism. To be mentioned are v. a. Einar Benediktsson, Þorsteinn Erlingsson (* 1858, † 1915), Gestur Pálssonn, Hannes P. Hafstein (* 1861, † 1922), Einar Hjörleiffson Kvaran, the poet and playwright Davíð Stefánsson (frá Fagraskógi), the v. a. also in Germany known children’s book author Jón Svensson (also known under the name “Nonni”), Guðmundur Kamban, Stephan G. Stephansson, who emigrated to America early, and Tómas Guðmundsson (* 1901, † 1983), with whose popular poems Icelandic Neo-Romanticism reached a late climax.

After the First World War, there was a continuation of the neo-romantic, national-conservative and traditionalism-based literature with authors such as the Norwegian writing Kristmann Guðmundsson and the Danish writing Guðmundur G. Hagalin (* 1898, † 1985), on the other hand after short-lived avant-garde form experiments in In the 1920s, he turned to socialist ideas and realistic narrative styles. The magazine “Rauðir pennar” (“Red Feathers”), founded in 1935 and later “Tímarit Máls og menningar”, served as a forum for the latter. Main representatives were Þórbergur Þorðarson and Halldór Stefánsson (* 1892, † 1979). Halldór Kiljan Laxness also belonged to this groupat, the preeminent writer of modern Iceland. In the poetry that was shaped by these crisis years, Jóhannes Jónasson (úr Kötlum), Steinn Steinarr, Guðmundur Böðvarsson (* 1904, † 1974), Snorri Hjartarson (* 1906, † 1986) and Jón úr Vör (* 1917, † 2000).

In the first decade after the end of the war, v. a. the group of “Atómskáld” (“atomic poets”) attracted a great deal of attention: young lyricists who either used free rhythms or preferred complicated imagery; these included Hannes Sigfússon (* 1922, † 1997), Sigfúss Daðason (* 1928, † 2000), Jón Óskar (* 1921, † 1998) and Stefán H. Grímsson (* 1919, † 2002). In the 1950s, alongside Laxness, Indriði Guðmundur Thorsteinsson (* 1926, † 2000) and Thor Vilhjálmsson advanced as prose writers. From the 1960s onwards, those influenced by the Nouveau Roman played a major role in a revitalization of the novel Guðbergur Bergsson (* 1932) and the authors Jakobína Sigurðardóttir and Svava Jakobsdóttir. In the 1980s and 1990s, Einar Már Guðmundsson (* 1954), Einar Kárason (* 1955) and Gyrðir Elíasson (* 1961) wrote magical-realistic texts about the development of modern Iceland, which were also noticed abroad. Last but not least, prose texts and poems by authors such as Steinunn Sigurðardóttir (* 1950), Vigdís Grímsdóttir (* 1953) and Kristín Ómarsdóttir (* 1962) are among the most innovative achievements in contemporary Icelandic literature. Since the 1990s, numerous writers have increasingly turned to other media of entertainment culture (film, video, music).

So far, one Icelandic writer has received the Nobel Prize for Literature: H. Laxness (1955). 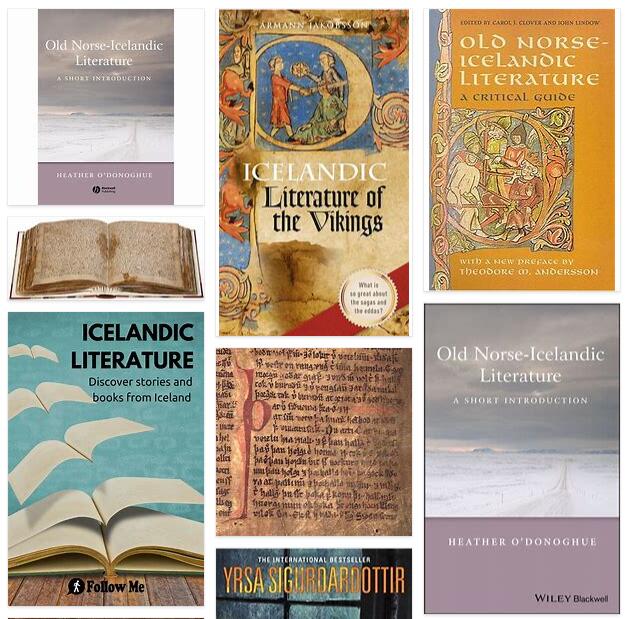