First of all I have to say that personally I couldn’t have chosen a better city than Vancouver and it was an unforgettable, beautiful and enriching time for me. Overall rating therefore 6 out of 5 stars (bonus) !!

Why? You can read that below.

I have to admit that I generally like to approach everything calmly and a little haphazardly. I only decided on the semester abroad itself after the actual application deadline.

I had resolved to organize an apartment before the flight , or at least to know the housing market, but I didn’t really research it until the day of arrival; I booked my first 2 nights accommodation in the hostel the night before the flight, etc. But … everything worked out perfectly !

However, I was a little more concerned about my luggage. Wouldn’t have been necessary at all. Needless to say, I took all sorts of small items with me, such as general medication, a mini detergent tube, etc. Totally unnecessary! Some things never left my pocket. After all, Canada is not a backwoods country! You get EVERYTHING (except good cheese and crunchy bread)!

After the second night I extended my hostel for another 4 additional nights.

For me, the first day was about getting an impression of the city and realizing for myself where I wanted to live.

On day 2 I dealt with writing to approx. 500 (probably 15 in real terms) apartment people (usually via craigslist.ca). I firmly decided to live in downtown , even if it is a bit more expensive there (best decision ever).

On day 3 & 4 I then visited the whole rooms (because whole apartments are priceless !!) in and outside of DT. Then I decided on a mini room in the evening. Just a bed and a half meter space next to it, 24th floor in downtown. $ 700 with 3 other international people. The apartment had a living room with an integrated kitchen and a small balcony. There was also a pool with 25m lanes in the basement and only a 10-minute walk from all “hotspots” .

On day 6 I organized a car with an Italian friend I met in the hostel and roughly planned a trip.

Day 7 then went on a 10-day spontaneous 3000km trip through the Okanhagan Valley, Banff – and Jasper National Park, and via Whistler back to Vancouver. The hammer! One of the best and most beautiful trips I’ve been on so far.

I then used the remaining days before the start of the university for further orientation on site.

As you can see, I arrived about 20-25 days before the start of the university. And that was a good thing !

Here we go – start of the university

First there was a 3 (?!) day orientation week. All university employees were very committed, hard-working, attentive and friendly. I enjoyed getting in touch with people from all over the world.

The courses themselves are significantly different from those at my German university. In Germany, as an anonymous student, you are sometimes there and sometimes not and just before the exam at the end of the semester, great stress breaks out because the exam itself makes up 100% of the grade.

In Canada, my teachers knew my name after the first lecture . We were only about 20 people per course. I had to realize relatively early on that staying away would not be the best idea. In some cases, the oral participation was assessed, in addition to the well-known final exams there were also so-called midterms intermediate exams. In addition, there were partially graded group work, etc., etc.

So: significantly more effort. I mean: clearly. I had “only” 3 courses and was very busy because I wanted to take good grades with me so that they could be credited to my German university .

However, the constant reviews also meant that people learned more and more regularly. Everyone has to decide for themselves which university model they prefer. In any case , I found it interesting to get to know a different system and not see what I know as the usual, non-plus-ultra system.

Some other international students went ‘blue’ for a week in between. Not necessarily the best idea. During the semester I “only” went to Seattle for a long weekend and went on other trips in the area. Other longer stays then followed.

After Show Party – What came after?

I was in Canada until early February. The semester was already over in mid / end of December. I bought a season ski pass for Whistler-Blackcomb back in November. As a student in BC and Washington, this is around 75% cheaper than normal. Unfortunately still not cheap. In addition to several day trips at the beginning of the ski season (check out hitchplanet.com for carpooling), I moved completely to Whistler in January . For the sake of simplicity, I mostly lived in the hostel there. In between I was in the USA for 9 days . The flights from Vancouver to LA and back were dirt cheap. Rented a car there again and went on a tour with a friend.

Since I fell in love with the city of Vancouver , I kept coming back from Whistler for a few days. During that time I always stayed with friends.

Ultimately , I would have loved to have stayed in Canada longer . But with a heavy heart I traveled back to Germany for an internship. But: I’ll be back!

As already written before, Vancouver is my absolute favorite city worldwide! From my point of view there is no other that brings such a combination of a beautiful city center with a great atmosphere, a pleasant size, and beautiful nature . In summer there are beautiful beaches, hiking routes, biking, sailing, etc. In winter then snow on the mountains (rarely in the city itself). So you can do anything outdoor that you feel like doing.

In terms of living, I would definitely recommend downtown or at least the surrounding area. Everything is uni-like in Richmond, but commuting there is super easy and relaxed. Just jump into the Skytrain and get out 20-25 minutes later. Short run. Finished.

Most of the city’s “actions” are downtown. Friends of mine also lived in Richmond. They then took part in the beautiful things in life rather sporadically and always thought 5 times whether they would come over for a beer. The trains only run until about 1 a.m. Stupid.

I often went to a bar spontaneously with friends, or in Stanley Parc, or chilled on the beach or did some other cool, nice, exciting, interesting, … action.

Dreamlike! Whether national parks or the city itself. Top. In addition, great air quality;)

A corner more expensive than Germany. Especially all foods that are fresh. But after a while you know what you are going for and where . Then that’s fine!

Open! Unfortunately, I have had little to do with Canadians myself. But all people are super friendly. The city itself is multicultural. Especially in Richmond (where the Kwantlen campus is where I was exclusively) the majority of the people are originally from China.

Dare yourself, everything will work out well and be a lot of fun if you approach this “adventure” carefree and openly !! There is little / nothing to fear! Year after year, semester after semester, there are new people at the university and day after day new people in hostels who are all open and sociable.

University life in particular gives you a certain structure anyway. Everything else is free to interpret and implement by you. I claim that such an experience can only help you.

I would strongly recommend not to leave immediately after the university has closed !! All of the friends and other people I met there and who booked return flights together were really annoyed when they had to leave so early.

The semester abroad is not a compulsory course and the chance to discover such a great other country quickly fades into the background (from my point of view) any homesickness that may arise. 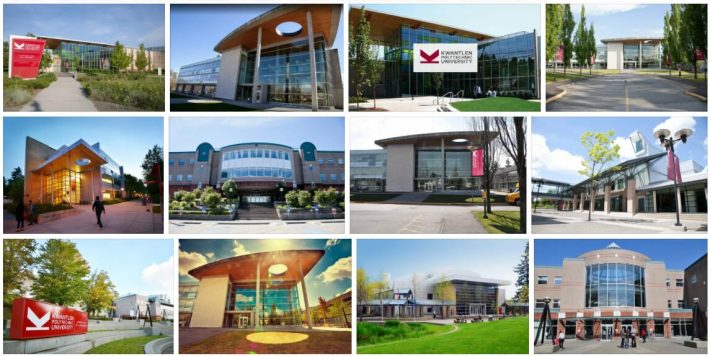